Apr 27, 2011 Songs about cars often discuss the freedom they afford drivers, but Bruce Springsteen, ever the lyricist, decided to record 'Pink Cadillac' as a sexual metaphor. Similar to 'Mustang Sally' by Wilson Pickett and 'Little Red Corvette' by Prince, Springsteen felt that vehicles were a comic way of discussing the va-va-voom experienced the bedroom. Meola, in an interview Monday with The Salt Lake Tribune, said Springsteen played him songs he assumed would be on ”Darkness.” Meola started thinking about what the album cover would look like. He knew he couldn't repeat what he did with ”Born to Run.” “Bruce looked different,” Meola said.

'Stolen Car' is a song written and performed by Bruce Springsteen. It was originally released on his fifth album, The River. The version released on The River was recorded at The Power Station in New York in January 1980.[1] An alternative version recorded in July 1979 was released on Tracks in 1998.

'Stolen Car' was written quickly and first recorded the day after 'Hungry Heart.[2] Music critic Clinton Heylin has suggested that it may have begun as a continuation of that song, as 'Stolen Car' originally used similar language to explain the marriage failure: 'We got married and promised never to part/Then I feel a victim to a hungry heart.'[2] 'Stolen Car,' along with a few other songs on The River including the title track and 'Wreck on the Highway', mark a new direction in Bruce Springsteen's songwriting. These ballads, imbued with a sense of hopelessness, foreshadow his next album, Nebraska.[3] Like 'The River', 'Stolen Car' is an inner-directed, psychological song that deals with a failing marriage.[4][5] The protagonist of 'Stolen Car' is driven by his loneliness to car theft, hoping to get caught but fearing to just disappear.[6] Essentially, he wants to get arrested just to prove he exists.[4] Author June Skinner Sawyers describes the theme of the song to be 'the struggle to create meaning for oneself.'[7] She notes that it 'just tells a story, honestly and simply, offering one of Springsteen's most precise lyrics.'[7] Patrick Humphries describes the effect as being similar to the Robert Mitchumfilm noirBuild My Gallows High.[5]

The recording uses minimal backing, with soft piano and synthesizer punctuated by tympani-like drums.[6] Springsteen's biographer Dave Marsh wrote that the recording fades away 'without a nuance of reluctance. There is nothing more here—just a waste of life and a man brave or stupid enough to watch it trickle away.'[6] Bruce Springsteen himself has noted that 'Stolen Car' is one of the songs reflecting a shift in his songwriting style, linking The River to Nebraska.[8] He noted that the protagonist 'felt disconnected and felt that he was fading away, disappearing, felt invisible,' just like Springsteen himself felt invisible while he was growing up.[7] He has also stated that the protagonist was the character whose progress he would be following on the Tunnel of Love album, and that he served as the archetype for the male role in future songs Springsteen wrote about men and women.[4] Springsteen would also develop themes from 'Stolen Car' on other future songs, including 'State Trooper' and 'Highway Patrolman' from his 1982 Nebraska album and 'Downbound Train' from his 1984 Born in the U.S.A. album.[9]

An alternate version of the song exists that was released on the album Tracks. This version, sometimes referred to as the 'Son you may kiss the bride' version of the song,[12] was recorded at The Power Station in July 1979.[13] This version was originally intended to be released on a single album that was to be released in 1979 and called The Ties That Bind.[14][15] This album was eventually scrapped and expanded to become the double album The River. In this process, 'Stolen Car' was rerecorded in the version released on The River.

The version of the song on Tracks has additional verses and the instrumentation is not as dark as in the version released on The River.[7] In the final verse, the song's protagonist dreams of his wedding day and the joy and hope he felt but as he dreams of kissing his bride at the end of the ceremony he feels everything slip away again.[7] A subtle difference between this version and The River version is that whereas on The River version the singer fears he will disappear into the night, in this version he already has, like a ghost.[7] The lyrics of this version also include river imagery used in some other songs on The River, including the title track and 'Hungry Heart'. In this version of the song, the singer—or his ghost—surrenders to the river similarly to the boy in the Flannery O'Connor story 'The River,' whose 'fury and fear left him' drowns the river he was intending to baptize himself in.[2] Heylin referred to Springsteen replacing this version with the version released on The River as 'an act of self-sabotage'.[2]

Our Certified Technicians are trained to repair your car correctly and get you back on the road. PRECISION TUNE AUTO CARENC State InspectionIs it time for your vehicle's State Inspection? 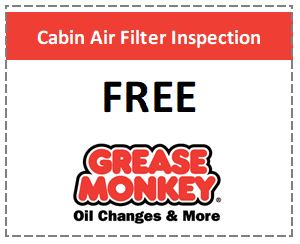 A cover version of 'Stolen Car' was recorded by Patty Griffin for her 2002 album, 1000 Kisses.[16] Another cover version was also recorded by Elliott Murphy.[17]Owen recorded a slightly modified cover entitled 'Stolen Bike' in 2006, released first on the Japanese edition of At Home with Owen. In 2018, X Ambassadors covered the song for Spotify.[18]

The song, along with 'Drive All Night', are played by the protagonist in the film Cop Land.

Admit it. You've pulled a Ferris Bueller once or twice in your life while lathered up in the shower and grabbed the showerhead to bust out a tune or two. There's just something completely satisfying about singing in the shower. Even celebrities sing in the shower. Actor Jack Black likes to belt out Led Zeppelin. Wyclef Jean digs a little Bruce Springsteen. Colbie Caillat warms up her voice in the shower with a little Amy Winehouse [source: People].

Everyone's a rock star in the bathroom, whether you have a voice like Aretha Franklin or couldn't carry a melody if it had a handle.

Have you ever wondered about this phenomenon? Some of us wouldn't sing in public if someone paid us. Yet we'll sing in the shower without embarrassment. Believe it or not, there's a scientific explanation behind our soapy musical stylings.

First, let's look at why we're relaxed enough in the shower to burst into song. Think about it -- you don't sing when you're sad (unless you're singing the blues, of course). For many people, shower time is the only time they're alone all day. You're in a warm, small, safe environment. You're comfortable enough to be in the buff! Stress literally washes off you. When you relax, your brain releases dopamine, which can give your creative juices a jumpstart.

Warm water is rushing over you, and now you're relaxed and feeling good. It turns out that singing makes you feel even better. Singing, because of the breathing you put into it, gets more oxygen into the blood. This gives you better circulation, which in turn improves your body and mood. And because you have to breathe a little deeper to belt out a song, you get some of the same relaxation and mind-clearing benefits as meditation. Another neat thing is that when you're singing, you really can't think about your problems -- more stress relief.

But the best thing about singing in the shower? The acoustics! You can't ask for a better sound system than a bathroom. Because bathroom tiles don't absorb sound, your voice bounces back and forth around the room before fading away. And because the shower is a small space, it boosts your voice and even adds a little bass, making your singing sound more powerful. The sound bouncing also gives your vocal styling a reverb effect, which makes your voice hang in the air longer and evens out variations in your singing. Think of this as a primitive Auto-Tune -- it makes you sound better than you actually are, which is a confidence boost.

We don't sing in the shower simply because we have 'Call Me Maybe' stuck in our heads. It turns out we do it for many reasons: stress relief, happiness, great acoustics, or maybe just because we like to hear our own voices. No matter what the reason, keep it up. It's good for you. And if you've never tried it, pick a song, grab the showerhead and put on your own private concert. 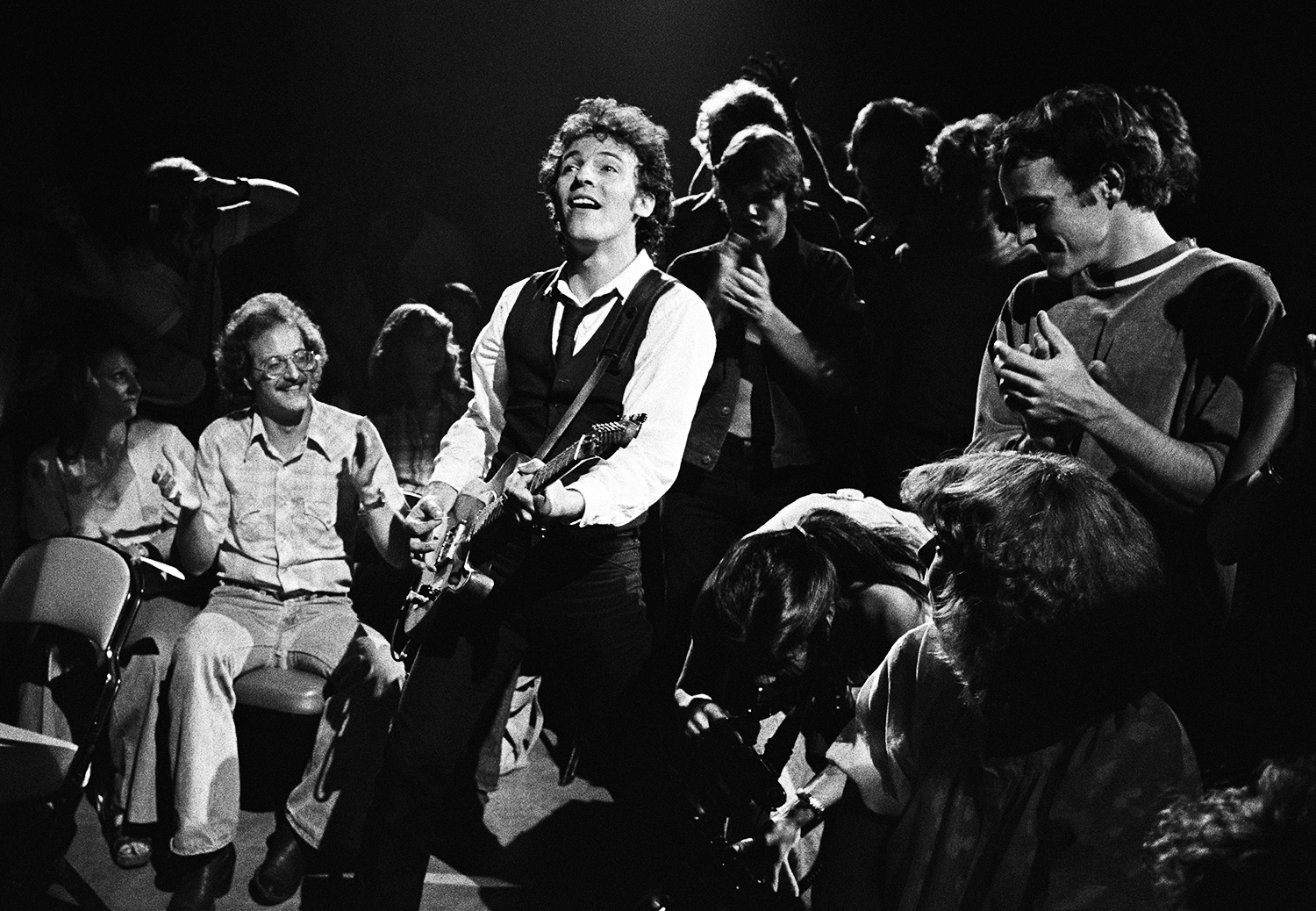